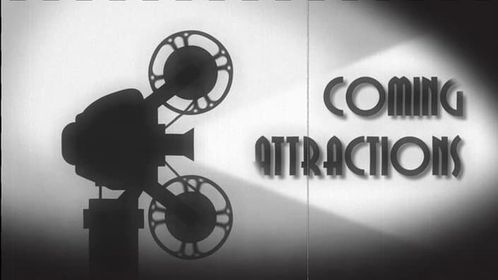 I had sex in a cinema once (I know, shocking! Clutch those pearls), but this wasn’t some fumble on the back row of the picture house… We moved in for the night.

Back in the early 90’s, I met some guy in a bar. We flirted, enjoying that heady mix of nervous anticipation and lust, until one of us broke the stalemate and mustered the courage to go in for a kiss. He then asked me back to his flat in Dorothy Towers.

The morning after the night before, I executed my tried and tested method for finding out a trick’s name when you don’t remember. I slipped out of bed, on the pretext of going to the bathroom then popped into the kitchen to check his mail, which is usually stacked on the counter or breakfast table. It is a risky gambit, as you don’t want to be caught in the act and look like you are prying, stalking… or stealing their bank details.

Having acquired the information I needed, I could now hop back into bed and confidently address my new acquaintance by name, although I always dreaded someone responding, “But, … I never told you my name.” Or even worse, “That’s my flat mate’s name.”

He had just finished a shift at The Electric Cinema, where he was an usher, checking tickets and flogging choc-ices. He told me, “I am just having one drink before last orders then heading back.”

“Do they have a midnight showing?”

“No, but the manager likes to close up then watch a movie in peace,” he explained. “He’s going to put on Midnight Express. Would you like to join me?”

Midnight Express was a brilliant film. I loved it. To this day, I get an urge to recreate the scene where Brad Davis’ girlfriend helps him relieve his pent-up prison tension by squashing her nipples against the glass partition in the visiting booth, whenever I encounter admin staff behind a reception screen.

The Electric was Birmingham’s first cinema, opening in Station Street in December 1909 and is now the oldest working cinema in the UK, predating its namesake in Notting Hill, London, by around two months.

At the time of our private screening, it was managed by a dishevelled film enthusiast, who slept in the projection booth, possibly because he had nowhere else to go.

By the time Midnight Express finished, it was early morning, so my friend and I decided to take inspiration from the manager and spend the night in the cinema. We gathered cushions from the ratty sofa in the foyer and fashioned ourselves a bed at the back of the auditorium, where we spent a restless night.

I was due at work the following morning and couldn’t be late for my shift but didn’t wear a watch (or have a mobile phone in those days), so the only way I could keep track of the time, was to periodically emerge from the pitch black of the auditorium and try to estimate the hour by the hue of the sky.

It was during one of these excursions to scrutinise the dawn light, that I felt the urge to use the toilet, so groped my way up the unlit stairs to the first-floor gents.

In the disorientating gloom, I managed to open the toilet door into my own face. As I stumbled to the urinals, half asleep and nursing my bruised head, a shadow at the tall window caught my eye. I stifled a scream. Silhouetted in the orange light of the streetlamps, was a figure stood on the external window ledge. For one awful moment I though the manager had had enough of his existence of slumming it in a projection booth and was about to end it all by throwing himself onto Station Street.

I realised with relief that it wasn’t a real person after all. It was just one of several mannequins that adorned the facade of The Electric Cinema at that time… but it didn’t half give me a fright.

In retrospect, it would have been a challenge for a jumper to top themselves from merely one storey up, presuming that they could even leap far enough to avoid dropping ineffectually onto the entrance canopy.

I bet that ratty old sofa, from which we fashioned our love-nest, is long gone.

Whenever I attend a screening at The Electric Cinema, which isn’t as often as I should, I sit in their plush red seats, glance around the auditorium and remember when, for one night only, I was the coming attraction.